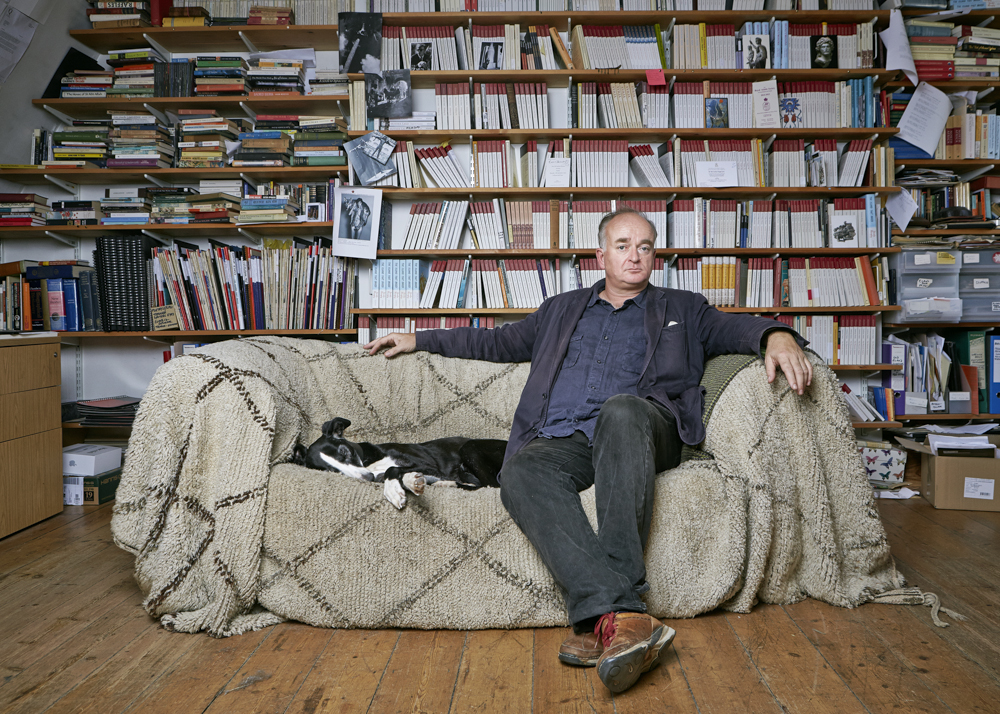 Where Travel Writing is Now

A version of this essay was originally published in Renegade, an alternative travel magazine based in the UK. Launched in January 2014, Renegade published two truly excellent issues, and then went out of production. However, its editors assure us that the magazine is still very much alive, with ambitions to continue. We’re really looking forward to it. For updates on Renegade, follow them on Twitter @renegadetravel.

I don’t just read all the new travel books I can get hold of, I collect whole library editions as well. Aside from their texts, they summon up a once devoted and attentive readership: Those lovely cloth-and-gilt-titled Everyman hardbacks are scented with craftsmanship and muscular Christian decency. The bashed-up magenta paperbacks produced by Penguin just before the war were part of a mission that made democratic socialism possible, while I imagine the blue-cloth hardbacks of Jonathan Cape’s traveller’s library, being read by the more thoughtful members of a colonial clubhouse in the 20s. From my own youth the massed volumes of the rival Picador, Penguin Travel Library and Century lists sit prolific on my shelves.

I acquire them to aid my work (which is to dig out lost classics of travel literature and add them to the Eland list) but there is also something more obsessive going on. The libraries allow me to watch how the ‘immortality’ of authorship ebbs away, how tastes evolve and how that which was so ‘needed and now’ to one generation, becomes so much recyclable garbage to the next. But like inspiring pin-pricks in the night sky, there are still travel books that keep shining, and have kept generation after generation of readers enthralled.

And, like it or lump it, we seem to be passing through a crunch point in travel writing at the moment, the long-term effects of which we do not understand. The revival of travel writing so brilliantly led by Bruce Chatwin in the 1980s, and aided and abetted by Redmond O’Hanlon, Colin Thubron, Bill Bryson, Eric Newby, Norman Lewis and Dervla Murphy, is coming to a close. The role of the professional travel writer will soon be at an end. You only have to look at how some of the most promising contemporary travel writers have adapted, to feel which way the wind blows. William Dalrymple, three books into a career as the darling of his generation, switched very successfully to history, just as the three very talented travel-writing Jasons of my acquaintance (J. Webster on Spain, J. Goodwin on Byzantium, and J. Elliot on Afghanistan/Iran) have all headed for fictional waters, as most recently, has Tim Mackintosh-Smith. There are still some stalwarts – Sarah Wheeler, Ian Thomson, Tim Parks, Philip Marsden, Hugh Thomson, Antony Sattin and Jeremy Seal – at the top of their game, delivering works that combine energy with a lifetime of experience. But in private conversation there is an acknowledgement that the advances from publishers are slipping away. It is a common joke that their agents dont reveal to them their sales figures because it would only discourage them from writing the next book. And as a corollary of this, as a basic rule of thumb, in the last decade the publishing advances have slipped from something near £50,000 for a top writer (an admirable sounding sum until you divide it by three years of travel and work) to a period when ‘fifteen is the new fifty’, which has now seeped down towards six. But travel writers are by nature adaptable, and are used to bolstering income by acting as tour guides, lecturers and jobbing journalists. Certainly the slow collapse in sales has not yet had any effect on the quality or the range of travel writing, though it is intriguing to reflect that the joint winners (Robert Macfarlane and Kathleen Jamie) of last year’s annual travel-writing prize, the Stanford-Dolman, are both fulltime academics, supported by a university salary.

Where have the readers gone? The easy answer is that they have gone travelling to see for themselves. There’s also been a gradual increase in translated fiction (a process entirely on the side of the angels) which has diminished the travel writers former role as cultural interpreter. And if they were alive today, it is not difficult to see that such prolific travel-writers of the past as Sacheverell Sitwell would surely be on television, conducting Michael-Pallin-style whirl-wind tours or architectural investigations à la Dan Cruikshank.

And there are other concerns. Over the last fifteen years, almost exactly mirroring the advance in the use of the internet, there has been an incremental collapse in the guide-book market by ten per cent, year on year. In their heyday, the big publishing outfits like Rough Guides, Dorling Kindersley, the AA and Lonely Planet (supplemented by smaller fry like Cadogan, Blue Guides, Hedonist, Footprint and Bradt) launched dozens of new books a year and a fleet of updated texts and foreign translations. Collectively they acted as a forcing house for talent, employing, training and feeding new writers, editors and travellers and producing a rich spin-off of travel magazines, maps, dictionaries, pocket histories, guides to world music, food and travel writing. Now this industry is virtually silent, like some old cotton mill in Bradford.

This experience is also reflected in the coverage of the broadsheet papers — The Sunday Times, Telegraph, Guardian and Independent — who even ten years ago were commissioning independent writers and photographers on a weekly basis, not to mention the half a dozen intelligent glossy magazines. Now their travel pages are dominated by churnalism (the re-writing of press releases), celebrity interviews, list-making and readers advice and ‘trip-advisor’ experience columns. The lyrical, investigative literary travel piece is not being published. On my last trip with Britain’s great post-war photographer, Don McCullin, we found ourselves stuck in southern Algeria. There I was able to have a long series of interviews with him which revealed just how important these papers had been to the careers of Bruce Chatwin, Eric Newby and Norman Lewis. He had worked with them all and watched their ideas incubate on the road.

So it looks like very slim pickings in the years ahead. But is this necessarily a bad thing? There has always been something determinedly quirky, if not down-right awkward, about a great travel writer. If I was given a vast lottery foundation by the Ministry of Books to fill this gap, could I be sure of nurturing a new generation of talent with the careful distribution of travel bursaries, salaries and decent advances? Go figure, or ask the Churchill Foundation how many of their grant-receivers have come good. I have also recently begun to notice how many of the travel writers were self-taught, if not actual autodidacts. Bruce Chatwin left university before they sacked him, Paddy Leigh Fermor learned most of his history in the bedroom and in the arms of his various lovers, Colin Thubron side-stepped university in order to try to make films. Dervla Murphy’s youth was locked in a caring relationship with her dependent, bedridden mother whilst Norman Lewis avoided college and spent his youth repairing crashed racing cars (picking them up cheap from grieving wealthy parents) and setting up a Leica-camera dealership.

I also like to tease myself about what sort of typescripts I would not like to be sent to read by an aspiring writer. I certainly wouldn’t be interested in reading a story about a couple of middle-aged men having a career break (so there goes Eric Newby’s A Short Walk in the Hindu Kush), nor about a middle-aged woman’s first bycyling trip abroad (there goes Dervla Murphy’s Full Tilt) and I most certainly wouldn’t look forward to reading about two bored young Swiss youths escaping their bourgeois parents by setting off on a road trip (there goes Nicolas Bouvier’s The Way of the World).

So what’s the trick? There is no formula, though you need a lot of skills. You have to get people talking and remember the flow of words. You have to be able to live for the moment and yet remember the scent and the touch of it on paper. You have to wish to learn through travelling and through the truth of chance encounters rather than through interview appointments, library-life and web searches. You also have to possess that sliver of ice near the heart of any writer, that ruthless search for story coupled with brutal honesty and the ability to ditch the dull from your pages. You have to be good company yet also inspiring on the page. You have to ‘catch the moment on the wing.’

Barnaby Rogerson has written a Biography of the Prophet Muhammad; a History of North Africa; an account of the early Caliphate, The Heirs of the Prophet; and the story of the battle for the Mediterranean from 1415-1580, The Last Crusaders. He has most recently edited a collection of sacred numerological traditions of the world, Rogerson’s Book of Numbers; co-edited a collection of the contemporary travel writing Ox-Tales for the charity Oxfam; edited a collection of the travel literature of Marrakech the Red City; a collection of contemporary travel encounters with Islam, Meetings with Remarkable Muslims; a collection of English Orientalist verse, Desert Air; and a collection of the poetry of place of London. Previous to this, he had written half-a-dozen guidebooks to the historical monuments of the Maghreb and the Mediterranean, including Morocco, Tunisia, Istanbul and Cyprus and created the text for Don McCullins photographic study of Roman North Africa, Southern Frontiers. Barnaby is on the advisory board of Critical Muslim, the editorial board of Middle East in London and is a Fellow of the Royal Asiatic Society and the Royal Geographical Society. He has been elected a Fellow of the Society of Antiquaries and an honorary member of The Travellers Club. He is also a book reviewer and journalist. Visit him at BarnabyRogerson.com.

His day job is running Eland, a publishing house that specializes in keeping classic travel books in print. To find out more about the over 100 classics in their catalogue, please visit www.travelbooks.co.uk.